Get first name and initial of last name

Sometimes names are longer than convenient for displaying in tables and graphs, so you may consider making them shorter.

Considering the name "Jonathan White" as example, here are a few tips for you:

There are some caveats with the above suggestions. They may not work as expected if:

Posted by Nikolaj Henrichsen at 11:19 AM No comments:

With SQL Server you can get the day in week using this simple code:

This gives you a number from 1 to 7, corresponding to the day in the week.

But which day is the first day in the week?

There's a setting in SQL Server that controls this behavior and perhaps it is not set to your liking. And perhaps you don't want to change it and run the risk of side-effects - or perhaps you simply don't have the permissions.

This simple code will allow you to get the day in week independent of SQL Server's settings:

Posted by Nikolaj Henrichsen at 12:56 AM No comments:

How to create lookup views for enum types in ERP system

They have their text values stuck somewhere inside the ERP application layer rather than in real database tables.

Also often it is not desirable to create physical tables in ERP database. And even if we could they would be separated from both the ERP system and the data model we are creating, living their own lives so to speak.

So how do we get a lookup table with the text values corresponding to the enum types?

One possible solution to this is to create a Dynamic View in Modeller and simple create the record synthetically - with no physical tables involved.

All you need is the ERP system to look up the text values you need and then enter them in the Dynamic View.

Let's say we have an enum called "LineType", which has these values:

We can create a Dynamic View for these values with this SQL:

For practical purposes there will usually be more than 2 values of your enum, so just keep adding "UNION ALL... SELECT..." statements for all the values you need.

If you observe that Acinta Modeller, Datashop og Enterprise Manager take a very long time to connect to and load metadata then the cause may be an installed antivirus system.

This problem was observed at a customer that had Trend Micro antivirus running.

Just connecting to metadata (after entering login) could take several minutes.
Loading the project - well, we had better things to do.

When we turned off Trend Micro antivirus, all worked normal.

For more details about Trend Micro and how to add applications to it's white-list, follow this link:
http://esupport.trendmicro.com/solution/en-US/1059313.aspx
Posted by Nikolaj Henrichsen at 2:50 PM No comments:

If you need to install Acinta Shortcut on a SQL Server 2000 then there are a couple of changes you need to make. They are briefly described below.

Indexes in SQL Server 2000 don't allow the INCLUDE columns. You have to rewrite the indexes and put all needed columns in the main index part. Remember there's a limit of 16 fields per index.

In addition, the "WITH" sub-clause specifying index options, is not supported and must be removed.

For example you have to rewrite this index:

How do I know which SQL Server version it is?

In order til check the version of SQL Server you need to open SQL Server Management Studio (or Enterprise Manager for older versions) and connect to the server. 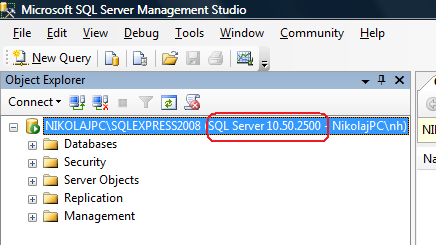 SQL Server provides a feature called "Compatibility mode" that enables a newer version of SQL Server to pretend it is an older version. The background for this obscurity is of course to allow older applications to work seamless with newer versions of SQL Server that they were not designed for.

Installing on C5 with non-standard schema (not 'dbo')

If you need to install Acinta on a C5 that has been installed with a non-standard schema then you need to make some adjustments to the installation procedure as described below.

How do I know that C5 is installed with a non-standard schema?

When you look at the C5 tables in SQL Server Management Studio you will see that all tables have a pre-fix that is different than 'dbo'.
For example, the table "SALESLINE" could look like this:

How do I install on a non-standard schema?

To install Acinta on such a C5 you need to follow the normal installation procedure with these extra steps:
Posted by Nikolaj Henrichsen at 10:50 AM No comments:

"Syntax error near a" and the Acinta_Split() function

I have come across this error while compiling the view/dynamic view "ACINTA_DV LedgerOfAccountsRelation" in the C5 data model:
"Syntax error near a".

It happens in this line of the view:

The error occurs because SQL Server does not recognize the function "Acinta_Split", which is part of the Acinta Shortcut package.

Now, the function was actually compiled and present in the system, so the error seems mysterious at first.
It turns out that the database was configured to have compatibility level 80 = SQL Server 2000.

And since table-based functions were introduced in SQL Server 2005 it is also the natural explanation why SQL Server throws a syntax error at us.

To get out of this error you have two choices:


Obviously, you should choose solution 1. whenever possible. But under some circumstances this is not possible. One such circumstance is when you have a C5 version 3.0 solution, because this version of C5 is only compatible with SQL Server 2000; It does not work with later versions of SQL Server.

Please note that this error and its solution applies generally and not just to the C5 solution. I.e. it may apply to:
Posted by Nikolaj Henrichsen at 4:42 PM No comments: 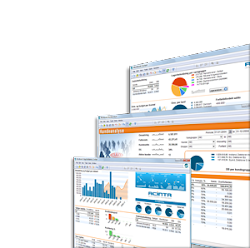